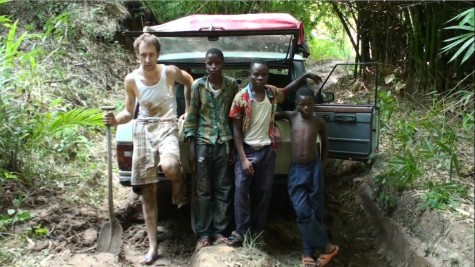 Back to work after a long hot summer in which I also moved into a new studio space, I kicked off designing a poster for the documentary film ‘Congo Business Case’. The film tells the story of a former UN worker who is trying to set up a fair trade manioc business in the heart of Congo. Film poster design is something I get to do only once in a while, so I was thrilled to get this commission. I love movies in general and I think it is great to design something that will actually entice people to go and see something. Also, movie posters have such a magical attraction to me, they always hold such promise. It also means as an illustrator you can really ‘go to town’ on a poster like this because they will be printed in quite a big format.  The director specifically wanted an echo of the famous Tin Tin in Congo book cover. I tried to stay true to this idea, without being too literal in spoofing Hergé. The final design shows a modern Tin Tin, driving a Toyota Land Cruiser instead of a T-model Ford. The film will have its première on the Dutch Film Festival in Utrecht this coming september. Hopefully my poster will help it reach a wider audience. Below you see some preliminary sketches, followed by the finalised design. 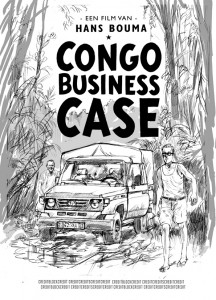 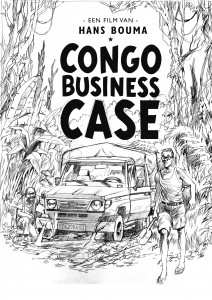 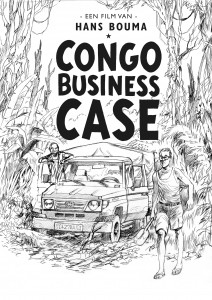 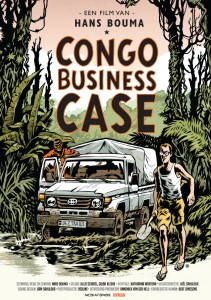 « Off to new horizons
Lucca Comics & Games »
« Back to front page